In the last couple of decades, the gastronomic world has experienced quite an interesting sense of progression. After modern French cuisine broadly left the world mind-blown with its intricate interpretations of culinary imaginations brought to life, it was clear that there was to be a void that would leave food magnates and enthusiasts wondering What comes next? A plethora of “food” movements eventually came to life: from food science sub-disciplines like molecular gastronomy, to the prominence of the “farm to table” concept – these food movements have inspired, and continue to inspire, cooks, chefs and “foodies” alike to stay on top of the next best thing. And at the center of the birthing of these next best things are the chefs and restaurants themselves – essentially serving as both the drivers and vehicles, respectively, of these movements.

Arguably one of the most storied chefs of the past decade is Spain’s Ferran Adrià, who rose to prominence at Catalonia’s elBulli – the 3 Michelin star restaurant. Adrià joined the restaurant as a line cook in 1984 as a 22-year-old. Eighteen months later he became the restaurant’s head chef. In the time that followed, Adrià and elBulli would become associated with “molecular gastronomy.” It’s an association which Adrià does not necessarily deem true, as he views himself as a culinary “deconstructivist.” His penchant for taking a dish and modifying its form, texture and even temperature is the basis for each and every experience that he serves to his guests; the meals served at elBulli were more than just meals, but true-to-life experiences.

elBulli closed its doors as a restaurant in 2011, unfortunately. But not too long ago, it reemerged as a creativity center under the guise of the elBulli Foundation – a non-profit entity that serves as a think-tank for the creative process.

As elBulli (the restaurant) winded down, doing so paved the way for a new restaurant to take the helm as The World’s Best – a title elBulli held for five years between 2002 and 2009. The culinary world’s eyes shifted to the Nordic city of Copenhagen, home to Noma – The World’s Best Restaurant in 2010, 2011, 2012, and again in 2014. Chef René Redzepi brought forth a reinvention and interpretation of Nordic cuisine through Noma. 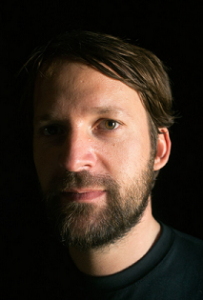 Similar to the tale of elBulli, however, for Noma an imminent end draws near. Chef René himself shared his perspective on the coming end of his restaurant, as well as thoughts on its eventual re-birth in the current issue of Lucky Peach. He shares a bit on the beginning days of Noma, and provides his thoughts and vision for the future, and the future of modern Nordic cuisine.

There’s still time to venture off to Scandinavia to indulge in the Noma experience. The restaurant intends to awe guests through the end of 2016.

Lucky Peach is a culinary-focused magazine; a collaboration between David Chang (of Momofuku fame) and Peter Meehan (former NYT food critic). The journal has a principal focus on food culture, and is published quarterly.