While the Christmas season has long passed us, living in the thick of winter in the Mid-Atlantic doesn’t really allow for a quick escape from the frigid temps. And since the groundhog did see his shadow, it’s said that we’re in for another six weeks of winter. Well, turning lemons into lemonade as I like to do, this “prophesy” of sorts allows me comfort in two things: a few more weeks of stylish winter garb, and a few more weeks to plan for my upcoming year of travel.

With spring and summer breaks lurking around the corner, I’ve got my sights on Europe again. Being a self-professed Europhile, I take pride in mapping out my next adventures to the Old Country. And I’m not the only one. According to one study, about two-fifths of all Americans who travel abroad chose Europe as their destination. And the usual suspects attract the bulk of these travelers: Paris, London and Rome, to name a few. But as travelers become more savvy and curious to explore further, attention shifts to some of the smaller cities and towns in both Western and Eastern Europe.

There’s a distinct charm in visiting smaller cities. And that is not to say that Paris, Berlin or Amsterdam are lacking in any way (because clearly they are not!). But with information and experiences now being more accessible via the internet, it’s no wonder that travelers want to find out more about a country, or step beyond the boundaries of the more popular destinations. Here are three destinations that have hit a chord with me personally over the years, and I hope to one day visit myself…

Nestled in-between Estonia in the north, and Lithuania in the south, Latvia makes up the third of the Baltic States. Along with its sibling Baltic nations, the country has seen some difficulties over the years. From Nazi occupation to forced Russian rule, Latvia finally restored independence after the dissolution of the USSR. The country still exists as a relatively “unknown” frontier of Europe, most likely due to its shaky past. However it is emerging as a cultural destination. In 2014, the capital city of Riga was named a European Capital of Culture –an honor that has opened the doors to tourism even further.

Riga is, by far, Latvia’s most heavily visited city. Like many of its more famous European counterparts, it boasts an array of landscapes for tourists to experience: a charming and well-maintained old town that evokes a feeling of being in a “fairly tale,” to the hustle and bustle of the modern city with buildings and events to match. With an entertaining nightlife, a growing café culture, and beautiful cathedrals and parks, Riga is one capital city not to be missed.

Portugal in general is a Western European country that has truly gone “under the radar” in past years. In contrast to is neighboring country of Spain, it remains somewhat “untouched” and relatively inexpensive. But that’s not to say that it isn’t lacking in anything culturally. From a tourist’s perspective, Portugal is quite a gem in the Iberian Peninsula. Personally, I do have my sights on Lisbon for 2015. But Lisbon, you will learn, is the capital gateway to a nation of warm smiles, delicious food, bountiful wine, and lots of history.

While Lisbon attracts quite a number of tourists, as does the Porto region and The Algarve, smaller cities and towns are plentiful in Portugal. From seaside villages to towns with extreme religious importance, there is truly something for everyone. In particular, the small fishing village of Herdade da Comporta provides a low-key factor that would entice any traveler. While its architecture cannot even mirror that of Lisbon, and the lack of chain stores or restaurants may be off-putting to some, it does cater to tourists with smaller family-run cafes and other establishments. The beach is the main draw here, and one might argue that the town may soon grow out of its own skin with the coming of the uber-luxury Aman resort this summer. 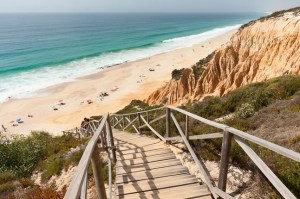 Another European country that has been shrouded in its past as one of the former Yugoslavia’s six constituent republics, Slovenia has – through the years – emerged as a truly modern democracy. Due to its central location, Slovenia has become a major crossroads in Europe, sharing boundaries with Italy, Austria, Hungary and Croatia.

In truth, Ljubljana has no particular attractions. But what it lacks in terms of world-famous notoriety is easily made-up in terms of museums, galleries and artists. Its architecture is strikingly very European, with an old town and central market square to boot. And its pint size stature makes it a city that is easily traversable on foot. It is a charming city with canals, bridges, and even Roman ruins. Museums are plentiful, and trendy cafés and quality restaurants dot the downtown district. And if a city’s nightlife draws you in, then you will not be at a loss. 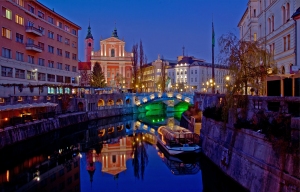 Wherever your travels take you, remember that there is always something new to be discovered anywhere you go. From the bustling big metropolises to the quieter beats of small-town villages, each stop on your journey will surely leave you with an impression that will last a lifetime. Travel is one of the best teachers. Don’t miss out…

One response to “The (European) Road Less Traveled”